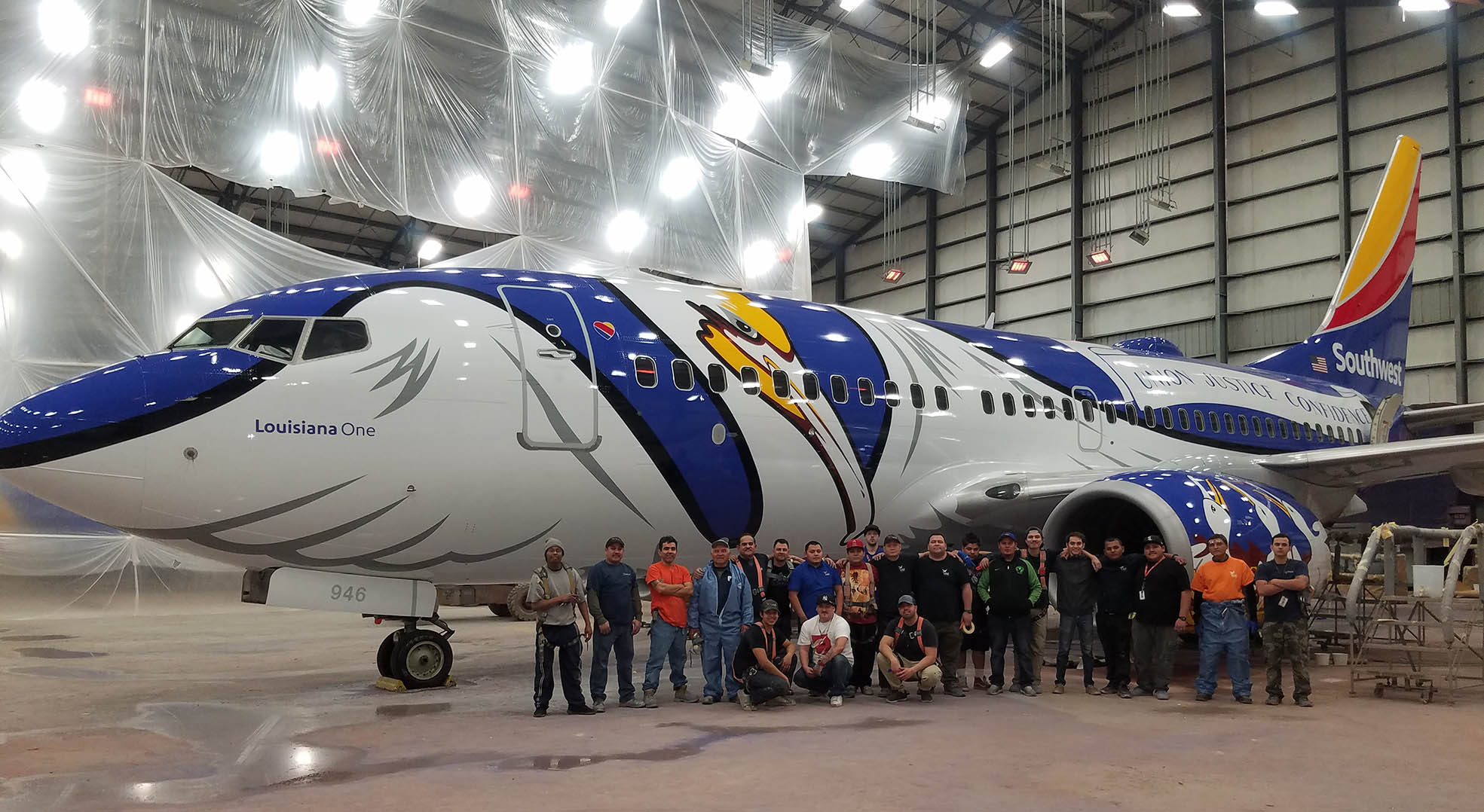 IAC proudly completes Southwest Airlines most recent custom paint scheme on a Boeing 737-700 in honor of Louisiana. Back in 1979 New Orleans was the first destination outside of Texas for the then cheeky Southwest Airlines. Louisiana state’s governor calls the aircraft a “traveling billboard.” The aircraft is emblazoned with the giant mother pelican that adorns Louisiana’s flag and is dubbed “Louisiana One.”

IAC has painted all of the other state-themed 737’s in Southwest’s fleet: