IAC Works with Belavia on its First Ever Aircraft Billboard Advertising 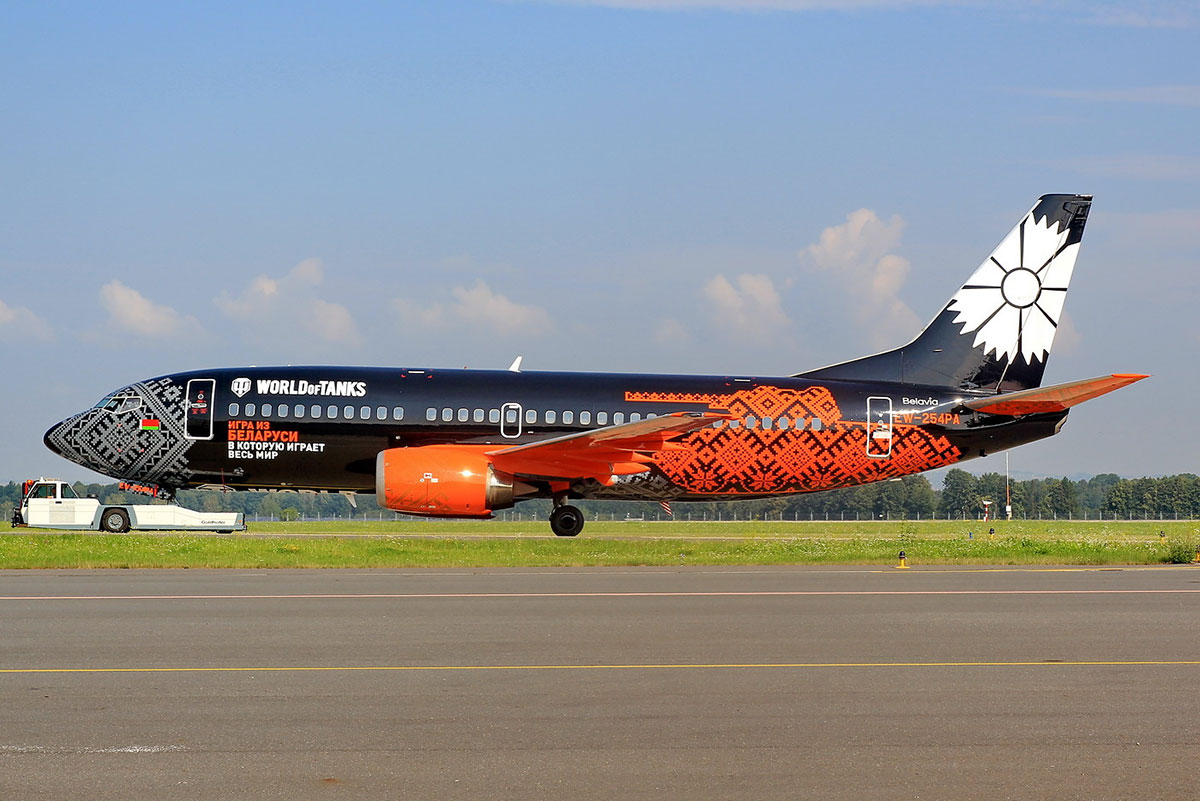 IAC was delighted to work with Belavia on its first ever aircraft billboard advertising. This unique and exciting livery was the first of its kind for both the Belarusian airline, and Wargaming, the mastermind behind the world famous, World of Tanks.

The tasks involved to complete this unique livery were the stripping of the fuselage, sanding of wings, stabilizers, engines and tail, followed by a primer application on all areas of the aircraft before the application of the livery. With an average of twenty-five men working on this project per day it took a total of eight days to complete, using 300 litres of paint products and 450sq metres of stencil material.

The vivid branded exterior design of the Boeing 737-300 was provided by Belavia and adapted by IAC. This aircraft was painted brightly in orange and black by our team, with a tank featuring on the side representing the central component to the game.

This unique project was flown from our hangar in Ostrava, Czech Republic to Minsk National Airport, where it was doused with water from a fire pump before its official presentation.