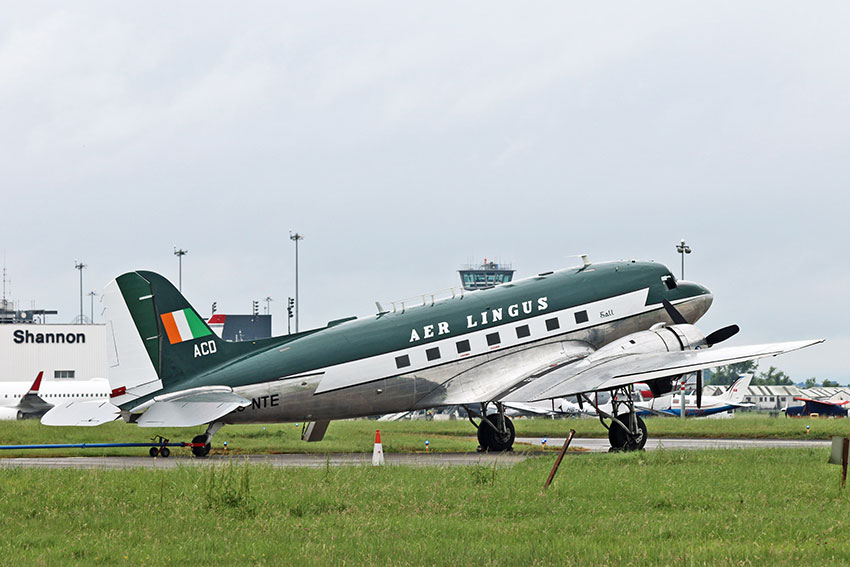 Aer Lingus recently unveiled a Douglas DC-3 painted in the airlines 1950’s livery as part of a project initiated by the Irish Historic flight foundation to bring a flying DC-3 to Ireland during summer 2017.

After paint this aircraft was flown to Dublin for the official unveiling before being showcased at a number of events including the Foynes air show and Bray Display in July.

For more information on the DC-3 visit: http://irishhistoricflight.com/news/douglas-dc-3-in-aer-lingus-livery/